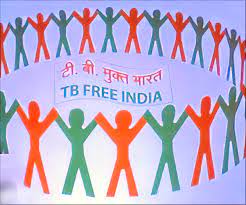 Prevention of tuberculosis (TB) is a priority for government, says Indian Health Minister. Government is trying to enhance access for free diagnosis through rapid molecular tests, give sufficient information on drug resistance and free treatment for TB patients.

“We are also committed to provide best-quality drugs and regimens, financial and nutritional support to patients, he said during a digital interaction with Dr Lucica Ditiu, Executive Director of Stop TB partnership, an international organisation working to end tuberculosis.

Harsh Vardhan also said that the government is committed to use digital technologies for notification, adherence and linking with interface of non-governmental agencies to strengthen private sector engagement.

“The health department and health officials in all the states are constantly reminded about the target of elimination of TB by 2025. Through our efforts on fighting COVID, we have shown to the world that India can be a role model for other countries as we have achieved self-reliance in terms of domestic manufacturing of masks and PPE kits”, he stated.

“India, under the guidance of our Prime Minister Narendra Modi, has accorded a high priority for ending tuberculosis in India by 2025, five years ahead of the Sustainable Development Goals (SDG) target of 2030, and stepping forward as a leader for a TB-free world”, Harsh Vardhan said during the digital interaction.

In recent years, India has already taken several important steps to prove itself as a leader for a TB-free world, with reliable policies and plans, he emphasized.