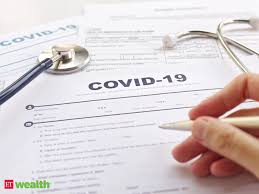 South Asia has emerged as one of two regions, the other being South America, in which the Covid pandemic is growing fastest, making them the new epicentres. Both within South Asia and within countries on the top 20 global lists of cases and deaths, India is among those in which the disease is gaining ground most rapidly.

Among the countries that are in the global top 20 lists by cases and deaths, India has the second highest daily growth rate of deaths (4.2%) and of cases (3.6%) over the last 15 days. Deaths are growing faster only in Chile at 4.4% a day while cases are increasing more rapidly in South Africa at 5.2% a day.

Within South Asia, India already has the highest case fatality rate of 3.1% and it has added to the toll faster than any other country over this period. In Europe, which was the epicentre earlier, the daily growth in cases and deaths since June 12 is less than 1%, except in Sweden where cases have risen by 2% a day, and in some cases like Italy as low as 0.1%.

Even in the US, which was seeing a huge surge earlier, the daily growth in deaths has fallen to 0.6% while cases increased by 1.3% a day over the 15-day period up to June 27. India’s much higher growth rates mean that it has added over 71% to cases and about 85% to deaths in the period since June 12.

Within South Asia, India, Nepal, Pakistan and Afghanistan, in that order, have the highest daily growth in deaths and the highest percentage increase in deaths in the region since June 12. Cases have grown fastest in Nepal, India, Bangladesh and Pakistan in that order. While India is somewhere near the middle of the South Asian charts when it comes to deaths or cases per million, it’s case fatality rate of 3.1 is the highest in the region, much above second and third placed Afghanistan and Pakistan with CFRs of 2.2 and 2 respectively.

Sri Lanka, Myanmar and Bhutan seem to be the countries in the region least besieged by the pandemic. The Maldives, given their tiny population, have the highest cases per million despite having less than 2,000 cases and a deaths per million figure of 15 compared to the region’s average of 12 though there have been only eight deaths.