Whenever the word ‘instant’ is added before any edible item, the general perception is it comes under the fast-food category and is unhealthy. Dispelling the notion, Pramila, a 31-year-old from Gujarat’s Kolamba village who is also a mother of two, says that she swears by the nutritious instant khichdi, made by tribal women in state’s Chhota Udepur district. 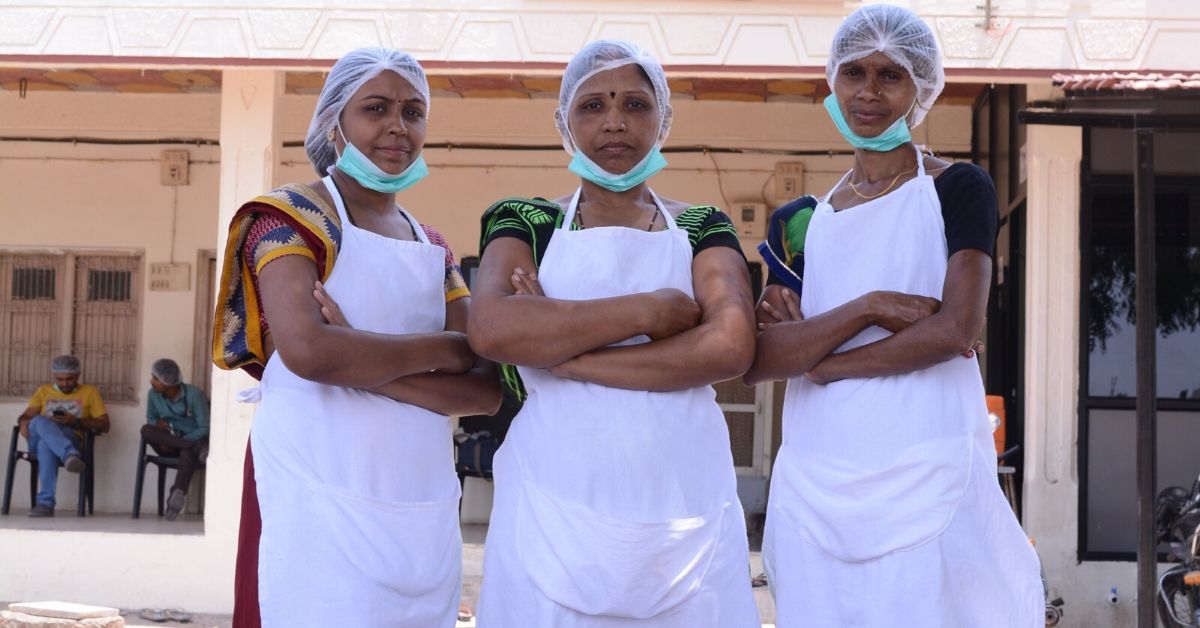 “The mix is prepared using organically grown rice, pulses and vegetables. It makes for a nutritious meal supplement that can help curb malnourishment in women and children. Many pregnant women in villages are deprived of wholesome meals due to unavailability or affordability. This instant khichdi can bridge that gap.”

Pramila is one of the 3000 tribal women who are a part of the ‘Paripurna’ initiative started by Gujarat-based Deepak Foundation in 2017.

All one has to do is add the pre-mix khichdi to boiling water, and a delicious meal will be ready within ten minutes.

The foundation, started by CK Mehta in 1982, is the CSR arm of Deepak Group of Industries. It works towards improving the health status of tribal communities of Chhota Udepur.

Besides Paripurna, it runs various social initiatives including education, healthcare services and skill-based training for people with disabilities.

In addition to health-related efforts, the foundation also provides technical training in sustainable agriculture techniques like vermicomposting and organic farming to a collective of women farmers and their families.

This pioneering initiative was launched by Krushak Mahila Khet Utpadak Producer Company Limited, a women’s group registered by the Deepak Foundation, which comprised of 3000 marginal women.

Having a strong presence across several villages made it easier for the foundation volunteers to mobilise and train women to run the 600-square feet plant located in Naswadi. They work in shifts and earn up to Rs 5,000 per month, on average.

To procure ingredients for the mix, the NGO also tied up with women marginal farmers. Through one of their programmes, they helped them switch to organic farming.

Pramila’s family was one such beneficiary. While she was hired to work at the factory, guidance was provided to her family in growing crops naturally.

“Before associating with Deepak Foundation in 2016, I used to assist my husband in the fields. Ever since we stopped using chemicals and switched to organic farming, our income has increased by 50 per cent.”

The plant has huge cookers where khichdi is prepared in a regular style. Once ready, it is transported to a freezer where it stays for 10-14 hours. The frozen mix is then thawed and deposited into a tray dryer where a dried version of khichdi is ready.

The mix is sealed in a 600-gram packet with a masala pouch for the taste. It has a shelf life of six months.

The foundation aims to scale up the project and come up with two more such plants.

“We have connected with the government to avail subsidies and with angel investors for monetary help needed for plants. This is an excellent product which we are currently selling commercially. But we hope that the mix will work during natural emergencies. It is also ideal for soldiers posted in high altitudes, long expeditions and international travel,” says Doshi.

The two-year-old community-owned initiative has already made inroads in several villages of Gujarat, making a significant impact, whose beneficiaries are predominantly marginal women with no education background.

The project is not only providing financial assistance to women but also drawing their attention to dietary issues in the region. Take, for instance, Pramila who now knows the benefits of instant khichdi and purpose behind its manufacturing. Just by word of mouth, she has been instrumental in creating awareness among her neighbours.

And just like her, other women with the foundation are creating a ripple effect!