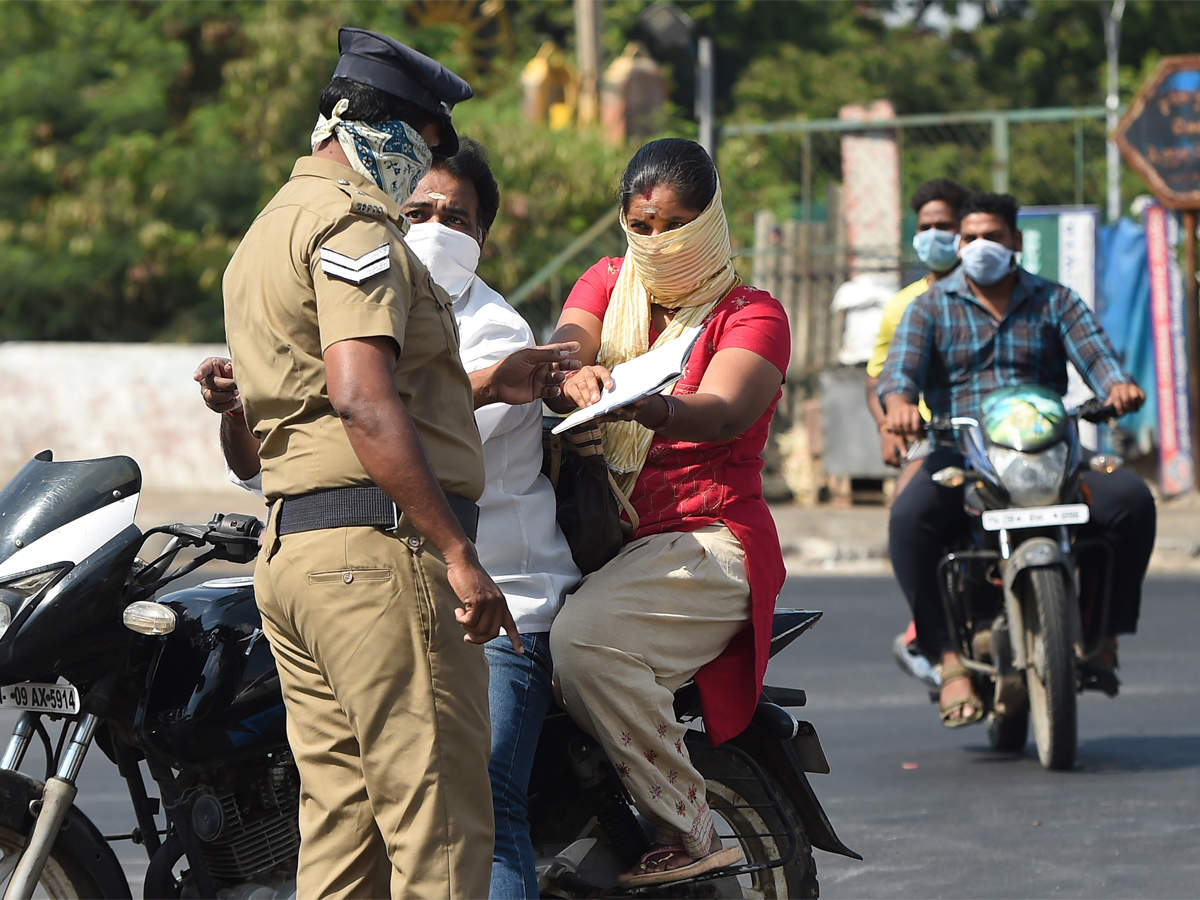 Even as doctors and experts stress the importance of wearing masks in the time of the novel coronavirus, many Delhiites appear to be least bothered about covering their faces. Police have collected an amount of Rs 2.4 crore in fines from people caught without masks in the past three and a half months.As many as 47,970 violators have been booked since April 1.

Police officers say that FIRs have also been registered for disobeying government orders against some of the violators. The cops have so far distributed 1,35,083 masks among the violators.

According to the Delhi Police data, south Delhi had the maximum number of violators with 5,539 cases registered till date. This was followed by southwest Delhi, where 4,564 cases were registered in areas like Vasant Kunj, Kapashera and Rajokri. Only three people without masks were caught in northeast Delhi.

The government had earlier made provisions for strict fines for mask violations. “People not wearing masks when outdoors may also have to pay a fine of Rs 500 and Rs 1,000 for subsequent violations,” said Mandeep Singh Randhawa, Delhi Police spokesperson.

Another officer added that not wearing a mask while stepping out of house can even land a violator in jail for up to six months.

Almost 90% of the violators are caught while driving cars or outside residential colonies. “While they come up with several lame excuses, we tell the violators how mask can keep them safe from the infection,” said a police officer.

People stepping out of homes with handkerchiefs wrapped around their faces improperly may also be booked for not wearing masks.

“There is a standard for masks, which requires double-layer protection. It should cover the nose and the mouth till the chin. Not following the set standard will attract a fine,” said the officer.

These masks may be standard masks available with the chemist or even homemade washable masks that can be reused after following proper washing and disinfecting procedures.

“When a person is found walking or riding without a mask, they are asked about the reason for not complying with the government order. If they have a genuine reason behind not wearing a mask, the cops are either providing them with surgical masks or asking them to get one. If the reason is found to be flimsy, they are being detained and booked for violation of government order.”