Shikha Tandon is an International swimmer from Bangalore. She has won 146 national medals, and 36 medals in international competitions, including five gold medals. In 2005, she was honored with an Arjuna Award. In 2005, she became the first female Indian to win a medal at the Asian Open level. She won a bronze at the Asian Indoor Games in Bangkok.

At the 2006 Melbourne Commonwealth Games, she reached the semi-finals of both 50 m backstroke and 50 m freestyle.

She is presently based in San Francisco, USA and is the Director of Global Partnerships at SVEXA (Silicon Valley Exercise Analytics), which is an exercise intelligence and sports analytics company. Her contribution for the country is through the presence on the board of a non-profit organisation called Bridges of Sports.

You went on to represent India in swimming at the Asian Games at the age of 13, and your first World Championship at age of 16, and the Olympics at 19. Share your early journey with taking up swimming as a career option, and what motivated you to do so?

Swimming was not my sport of choice as a young girl, and I was more interested in running. When I was 8, my younger brother who had severe asthma was advised by the doctor to take up swimming to help improve his lung capacity. My mom started taking us both to the pool and in fact, initially, I used to be scared of the water. But one thing led to another and I started enjoying it and won my first national medal at age 9. After that, we just took one day at a time,
and I continued to enjoy and excel in the sport and when I started representing India, there was no looking back.

Over the course of your swimming career, you have won almost 150 national medals, 37 international medals, and broken 75 national records. Share your experience as a competitive swimmer along with any memorable moments.

Over the course of my 15 year swimming career, there have been plenty of wonderful memories. But a couple of them definitely stand out as they shaped stages of my career.

One was when I won my first national medal at the age of 9. I had won the bronze and came back from the medal ceremony crying. When my mom asked me why, I said that I didn’t like the colour of the medal. At that point she told me that if I wanted the other colours, then I would have to work hard for it and that advice stuck with me throughout.

Another great memory is when I qualified for the Olympics at the 2003 World Championships. It was the morning of the 4×100 m Freestyle relay and I was swimming the first leg. That same morning when I woke up, I told my roommate that I had a dream that I had qualified for the Olympics and also told her my time. To my utter disbelief, when I touched the wall at the end of the race, my time was exactly what I had dreamt of, right up to the one-hundredths of a second! 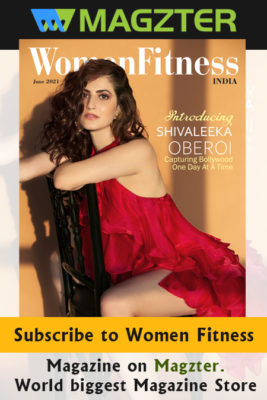