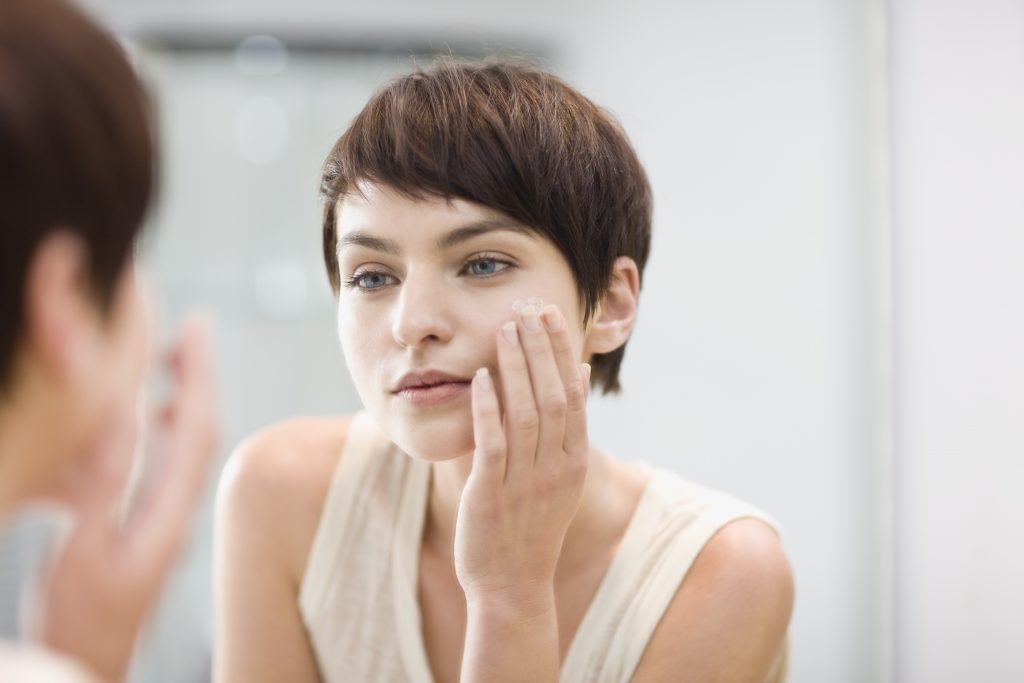 Skin & complexion changes as we age. Although everyone’s skin changes differently according to genetics, exposure to harmful substances such as ultraviolet light, lifestyle choices, and just plain luck, we can usually accurately guess a person’s age within a decade simply by noting some of the signs talked about here.

Some teenagers are lucky: their skin stays smooth, blemish-free, small-pored, and without a slick of oil anywhere. I have yet to meet one of these fortunate creatures, yet I am told by dermatologists that they do exist, for most people; however, the teenage years are about problem skin. Blame it on puberty, which causes the body’s sex hormones to go wild, creating body hair, deeper voices, breasts, larger hips, ovulation, and other signs of maturity. Of course, some of these things happen to boys, some to girls. At the same time, sex hormones also cause skin to pump out more sebum. Produced by the sebaceous glands surrounding the hair follicles, the sebum travels to the skin‘s surface via the pores. This sebum, combines with the dead skin cells called the epidermis. Constantly shedding clogs pores, creating blackheads, whiteheads, and pimples. 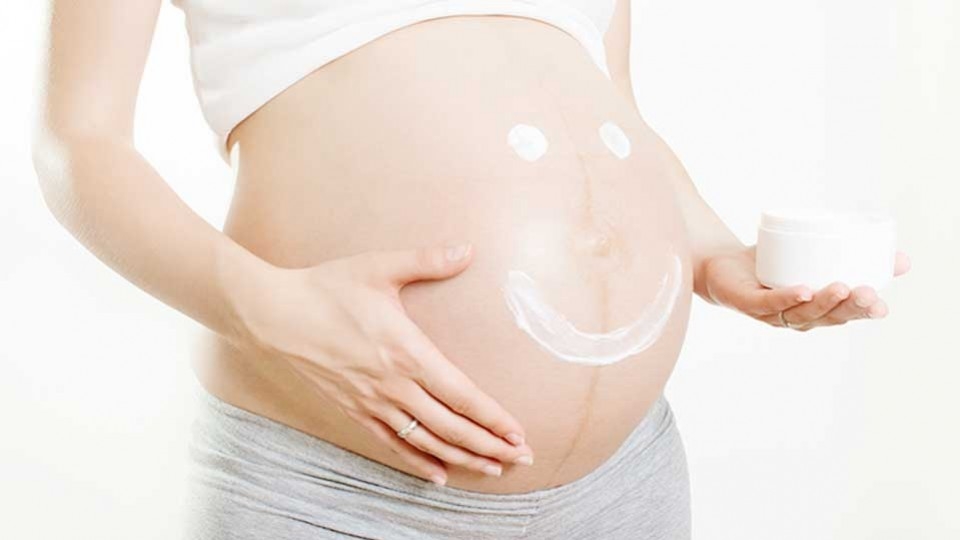 Pregnancy not only affects a woman’ figure, it can also affect her skin. Whether you’re pregnant or just thinking about it, here’s what your skin can expect:

1. During the first trimester, you may get “the glow” associated
with early pregnancy. This radiance comes from newly created blood vessels just under the skin that carry an abundant supply of rosy-making oxygen to the skin. 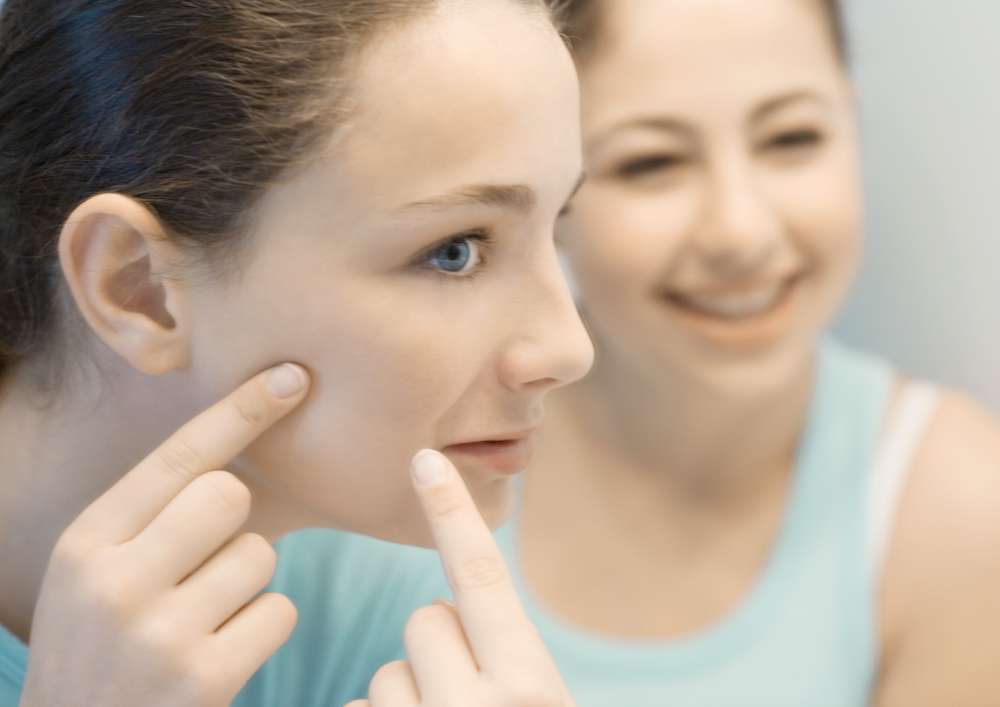 3. Acne commonly occurs any time there is hormonal upheaval- puberty, menstruation, and yes, pregnancy. Ask your doctor and pregnancy-care provider about treating acne; many commonly prescribed antibiotics, such as a tetracycline and Roaccutane®, cause birth defects. Tretinoin may also be linked to birth defects, making it sensible to avoid products containing this vitamin A derivative. Formulas with salicylic acid, a skin-care ingredient related to aspirin, are another no-no. However, some doctors say the topical antibiotic erythromycin is safe, as are alpha hydroxy acids.

4. Melasma – the “mask of pregnancy” – commonly occurs during the second trimester. Caused by hormone activity, the condition consists of brown patches on the forehead, cheeks, or above the lip. The hormonal changes of pregnancy make your skin more likely to develop dark pigment when exposed to sunlight. The common dermatologic prescription is sun-avoidance and use of hydroquinone bleaching creams once the baby is born and breast-feeding has stopped.

5. Broken blood vessels are common during pregnancy; they are caused by an increase in the body’s blood volume, which will disappear after pregnancy. Others can be treated by a laser-wielding dermatologist.

Complexion in Your 20’s

The 20’s are a transitional period for skin. Some people continue suffering from the spots that marked their teenage years. Other peoples skin becomes normal, for the most part; not to oily, not too dry, with only an occasional spot. You may find you need a light eye cream or even an occasional moisturizer, but your skin is still taut and dewy-fresh. For those prone to them, new moles may begin appearing.

The most surprising changes that may occur during this time are signs of childhood and teenage tanning, such as freckles, maybe a few small broken capillaries, fine lines around the eyes, and even faint discolored patches. Those of you who avoided the sun-lucky you- will probably see none of these signs.

The 30’s are a funny time for skin. The complexion still looks firm and youthful, but as you move further into this decade, you’ll notice “things” which seem to appear out of nowhere. I’m referring to fine lines around the eyes, maybe a furrow between the brows the beginning of lines between the nose and mouth, or a subtle looseness under the jaw. More evidence of past sun damage may appear- such as freckles and tan patches—even though you’ve worn sunscreen religiously and kept out of the sun since your 20s.

You may have some over sized pores left over from your teen years or 20’s, but you will notice that your skin doesn’t produce the same volume of oil it once did. In fact, your complexion may range from slightly to very dry. 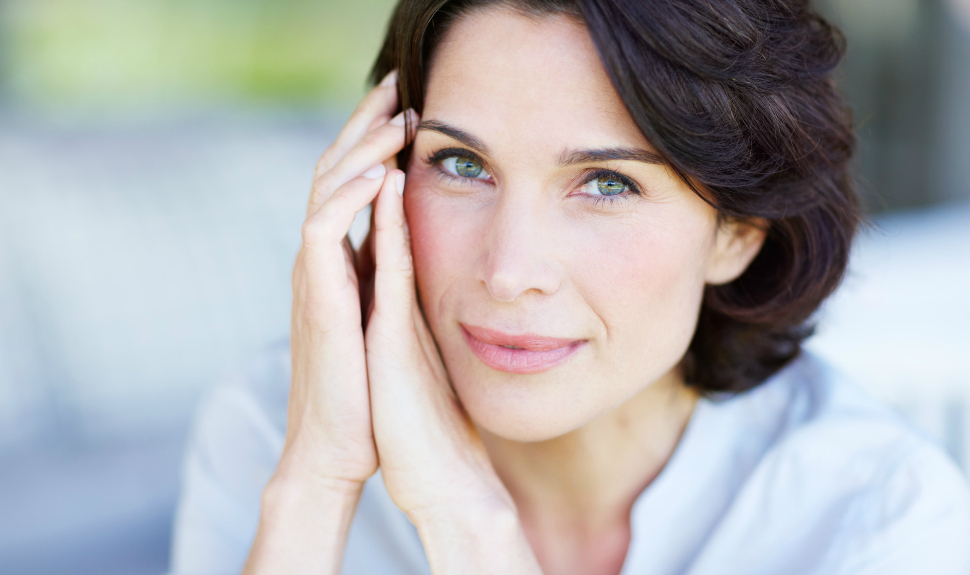 Complexion in Your 40’s

If you’ve taken good care of yourself and your skin (or if you come from youthful genetic stock), now’s the time you conscientiousness (or luck) will show. Your contemporaries may have the beginnings of under-eye bags, deep folds between the nose and mouth, looseness in the cheeks and jaw, slackness at the upper eyelids, furrows between the brows, not to mention possible mottled patches from past sun damage. You, however, may have only a few of these things, and none as severe as your friends.

As you move into your 50’s, the skin glitches that appeared during your 40’s grow more exaggerated. Your skin is thinner and less pliable than it once was. This makes it easier for deep folds to settle into those mobile areas of your face, such as the corners of your mouth, between the nose and mouth, and between the brows. If you quickly pinch and release skin on your cheek or under your eye, it takes a while for the skin to return to its original position. Also normal for these two decades: discolored patches and as unevenly colored, mottled skin.

No matter how you’re aging, expect an increase in that soft, fine facial hair older ladies have. 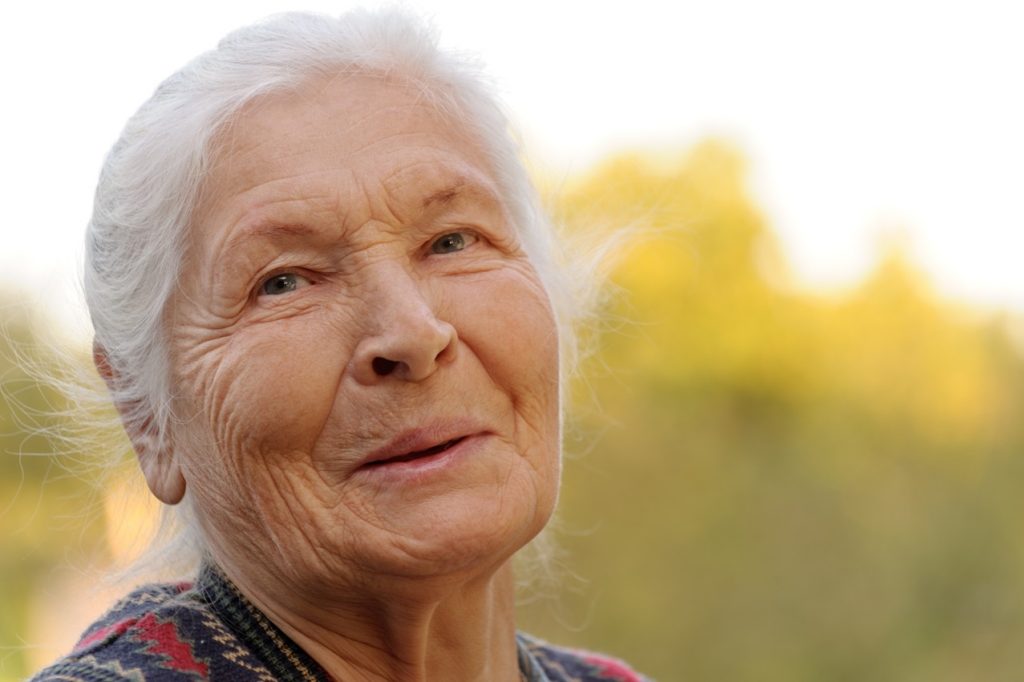 Complexion in Your 70’s and beyond

In your 70’s, all the folds, slackness, wrinkles, thinness, and discoloration you noticed in your 50’s and 60’s grow more exaggerated. Though gravity has been in effect throughout your lifetime, you’ll notice its consequences most strongly in your 70’s. As a result, your facial and neck skin will have a looseness about them. Your skin will be dry and have a rough texture. Sensitivities are common during this time, and your may find products you used only a decade earlier may now cause a rash or itchiness.

« Do I need Facial massage?
Astringents: for a clean & beautiful skin »